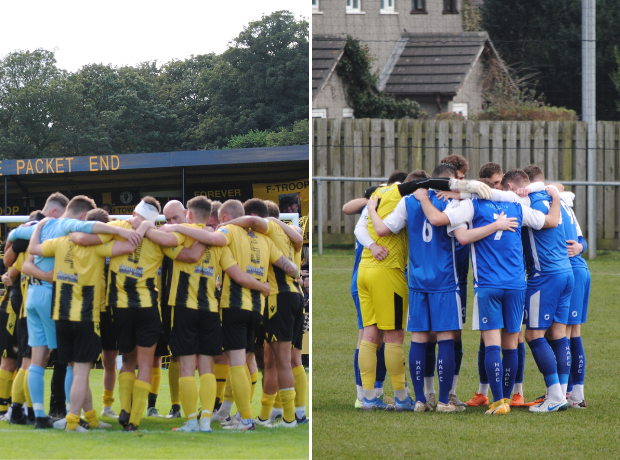 Plymouth Parkway manager Lee Hobbs hopes the summer break will not hurt growing interest in the club following promotion to the Southern League Premier Division. Hobbs’ side were crowned Division One South champions with a stunning end to the season and with each passing game the crowds at Bolitho Park grew and grew, culminating in a staggering 1,362 gate for their last game of the season.

It was at home to Cinderford Town where they saw goals from Callum Hall, Mikey Williams and Jack Crago seal a 3-0 triumph and a second straight championship for Hobbs’ men. The new Southern League Premier season doesn’t start until Saturday August 6 and Hobbs is hoping Parkway’s ever-growing fanbase will return in numbers when the new league campaign kicks off in three months.

“Our gates leading into this game were very good and in the games leading up to it I think 500 was our minimum and 760 was our front line,” he said. “We were hoping to get 1,000, so to eclipse that with a gate of 1,362 with no compliments is putting hairs on the back of my neck.

“As non-league footballers that’s what you want to play against. It doesn’t happen every week and the only other times we’ve hit those kinds of numbers is against Plymouth Argyle, so for us as a club, players, staff, supporters it has been very well received and we can continue next season even if we don’t get as big a number as next season, if we can get 600-800, then we will be very, very happy at this level.

Non-League football across the region has seen some shining doors – from Falmouth Town, Mousehole and Helston Athletic in the far west of Cornwall to Taunton Town, which drew over 2,300 for their final day win over Farnborough which saw them saw them crowned champions of the Southern League Premier Division.

“Of course,” added Hobbs. “Plymouth is on every tongue right now and people are talking about us. We have had three promotions in five years, we have won consecutive promotions and it is a very good atmosphere at our games. Not only do we produce a good brand of football on the pitch, we also have good facilities and there is a real carnival atmosphere during our matches. It’s a good place to be.

Get the best stories about the things you love most curated by us and delivered to your inbox every day. Choose what you like here

Previous India: Best Agrolife receives registration for indigenous manufacture of critical maize herbicide
Next Cash advance: what is it and should you get one?